Fayaz Jatoi is the Coordinator of the Emergency Operations Centre (EOC) for Polio Eradication in Sindh, Pakistan. In this guest post, Fayaz describes why AFP surveillance is critical to polio eradication and how an SMS-based reporting system for private care provider helps.

In 1988, the world launched the Global Polio Eradication Initiative (GPEI), the largest ever private-public partnership for health. Since its launch, the number of polio cases fell from 350,00 in 1988 to 37 in 2016; during the same time ten million children were spared paralysis.

Afghanistan and Pakistan are the only two countries that still report polio cases, both at historically low numbers (in 2017 to date, 6 and 3 cases, respectively). At long last, eradication seems imminent. 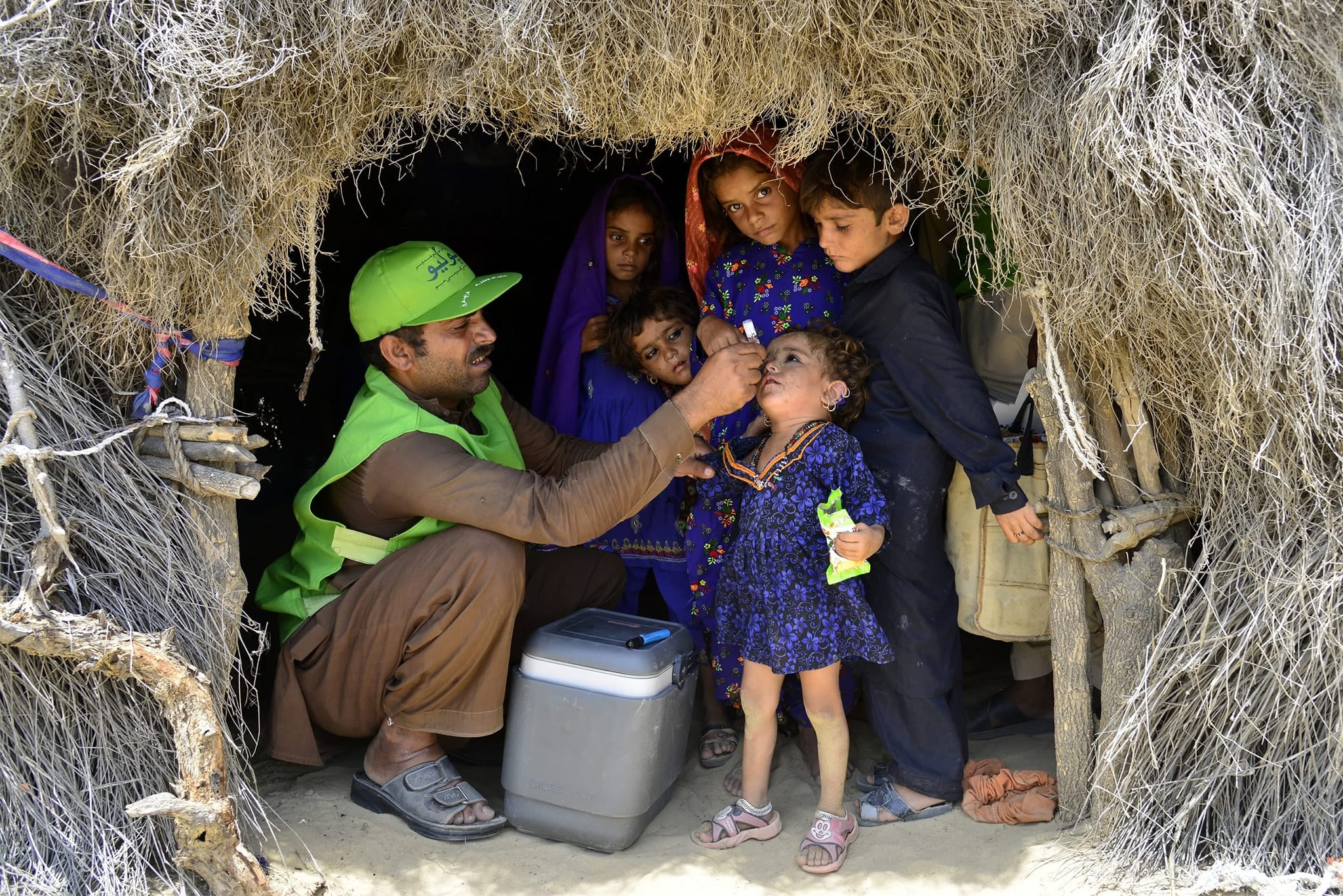 As numbers dwindle to single digit figures, we must have the ability to detect every occurrence that hints at polio without fail, investigate it thoroughly, and, if found to be due to polio, mount a quick and aggressive response to limit further viral spread. This is where AFP surveillance comes in.

Acute flaccid paralysis (AFP) is the main clinical feature in polio and defined as the sudden onset of muscle weakness in any part of the body. AFP is characteristic of polio but also seen in other conditions. Therefore only a laboratory test can tell if AFP is caused by polio virus.

AFP surveillance is based on (1) identifying all AFP cases in children under 15 years of age, and (2) testing their stools in the laboratory. Missing a child with AFP risks missing a child with potential polio. And since the concentrations of polio virus in the stools of infected children starts declining two weeks after onset of paralysis, late sampling risks that the laboratory will not be able to identify the virus in the stool of a child suffering from the disease. So, completeness and timeliness matter greatly in AFP surveillance.

With a population of 56 million, Sindh is the second most populous province of Pakistan. Here, private practitioners and small private clinics are usually the first to see children with AFP. Only when children fail to improve, or when polio is being suspected, will most – but not all – be referred to larger centers where specialist care is available.

Of the 1,483 AFP cases reported from Sindh in 2016, 74% were reported from government facilities and referral centers, only 26% from the much larger private sector.

Why an alternate AFP reporting mechanism was needed

Emergency Operations Centre (EOC) Sindh is based in Karachi and responsible for managing polio in the province. When investigating the reasons for underreporting by the private sector, EOC found that there was good awareness about AFP and also the reporting requirements but unfamiliarity with the reporting mechanisms, such as not knowing the name or the contact details of the responsible district surveillance officer, or fear (unjustified) of having to have to engage in a time-consuming notification process.

To simplify matters and allay these fears, EOC decided to provide private health practitioners with an alternate AFP reporting mechanism that provides the following characteristics:

Building a robust SMS-based reporting system in a week

EOC approached Nafundi to help with developing an appropriate tool. Pakistan Pediatric Association (PPA) data had shown that only half of the pediatricians are smart phone users, i.e. for the time being, a solution had to be based on a standard mobile phone technology.

Within a week, Nafundi, with support from the Bill & Melinda Gates Foundation, had developed a simple and robust SMS-based reporting system that addressed all requirements.

To use the system, clinicians send an SMS with the name and mobile phone number of the child's caretaker to a province-wide number. The SMS is received by an inexpensive Android phone which forwards the message to an application powered by RapidPro. The application forwards any valid data elements to an EOC-controlled spreadsheet and alerts EOC staff of a potential AFP case. EOC staff then alert provincial surveillance staff who locate the child and instruct a surveillance officer to initiate investigations. Any updates to the potential AFP case can also be made to the EOC spreadsheet.

A successful pilot and next steps

After a successful pilot with PPA members in Karachi, the system is now being implemented throughout the province. Despite this increased scope, the system remains robust and has not required any maintenance from Nafundi or the EOC.

To date, only 40 reports have been received, of which 8 reports were classified as true AFP cases – an unimpressive number when compared to the 538 AFP cases received by the classic reporting channels in Sindh during the same time. This was expected though as sensitization of the private health sector will require time and perseverance. Also, the reporting system's value is not that of a replacement of the existing procedures but as a reliable safety net for catching children that may have been missed otherwise, or children that may have been reported too late for conducting meaningful investigations.

EOC Sindh plans to evaluate the reporting system by the end of 2017, 8 months after its roll-out. This will then also be the time to look at other ways to encourage reporting, such as development of an app for smart phone users, or incentivizing reporting by automatic provision of free air time.